The Kentucky Center for Veterans Studies Advisory Council provides guidance and subject-matter expertise to define the mission and advance the goals of KCVS. We are honored to welcome Jeffrey H. Norwitz to our team. 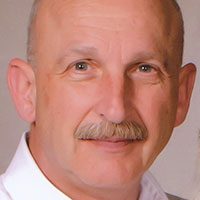 Jeffrey H. Norwitz has nearly five decades of law enforcement experience at the military, municipal, federal levels and as an author and educator. He completed a BS in criminal justice at Eastern Kentucky University in 1974. He was commissioned a second lieutenant in the U.S. Army Military Police Corps, serving three years with the 4th Infantry Division guarding nuclear weapons. He then became an El Paso County deputy sheriff in Colorado Springs for seven years where his specialty assignments included SWAT team sniper, firearms instructor, traffic accident reconstruction, DUI enforcement and as commander of the bomb squad.

Norwitz joined the civilian ranks of the Naval Criminal Investigative Service (NCIS) in 1985 and served tours of duty stateside and overseas specializing in counterintelligence, counterespionage and counterterrorism. This included an assignment at Camp Delta, Guantanamo interviewing al-Qaeda and Taliban fighters. His last assignment was as NCIS supervisory special agent responsible for counterintelligence throughout New England.

In 2001, Norwitz earned an MA in national security and strategic studies from the United States Naval War College and subsequently joined the faculty for eight years as professor of national security studies and the NCIS advisor. He held the John Nicholas Brown Chair of Counterterrorism and lectured domestically and for allied militaries on matters relating to terrorism, intelligence and homeland security.

Norwitz was selected 2006 Distinguished Alumnus of the EKU Department of Military Science and Leadership. Norwitz was a visiting professor at Harvard University, Qatar International Academy for Security Studies and lectured at the United Nations and the Geneva Centre for Security Policy.

After retiring from NCIS in 2009, Norwitz was a senior instructor with the Counterterrorism Division at Federal Law Enforcement Training Center (FLETC) in Brunswick, Georgia. He presently teaches nationwide on matters of homeland security.

He has three grown children, one of whom serves in the United States Air Force. Norwitz and his wife live in Kentucky. He maintains the Jeff Norwitz website.